Some of my favorite memories are playing and building things with the kids. Even David got down on the floor to build with them. My son, Nick was very interseted in them and became quite the builder. I got him a Mega Blocks Tank for his birthday or Christmas  when he was 7. I helped him build it. The next year I got him a pick up truck, he built that one himself and has been building ever since. Once he starthed earning his own money he started buying the kind of kits that he was most interested in.

A while back he bought a set of multi colored Lego bricks. There was a bag of pink and purlple ones. He gave that to me cause he new I liked those colors. He told me to build something for my Spyro figure.

So last night I did just that.

This is what I came up with. 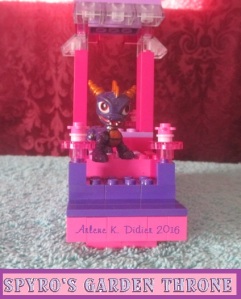 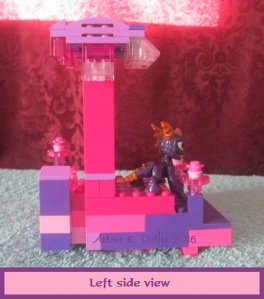 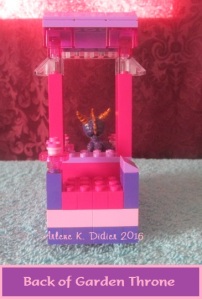 I think it turned out pretty cute.

of the 890 ft US warship USS Missouri.

So do you still enjoy doing a good build?

5 comments on “Legos and Mega Blocks Not Just For Kids.”