This One Likes to Flutterby the Cosmos

I large orange and black butterfly has been making visits to the cosmos. The first time I saw it I had just gotten out of the truck after coming home from town. It was fluttering around my head then flew off into the sky. I saw it again a couple of mornings later it was making its way over to the flowers around the deck, but I did not have my camera with me that day either.

The next day when I went out to water I made sure to have my camera with me so I could get a picture of it . Well I finally got a few shots of the butterfly on the flowers. It seemed to prefer the cosmos as a landing platform. I got two nice clear photos and two a bit blurry photos. I never was able to get an open wing shot though. As soon as it would land it closed up its wings. The butterfly had a stalker too. A bumble bee kept following it from flower to flower. They kept trying to push each other around. It made me chuckle. 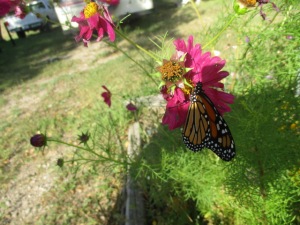 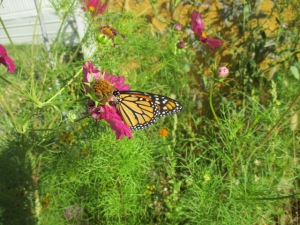 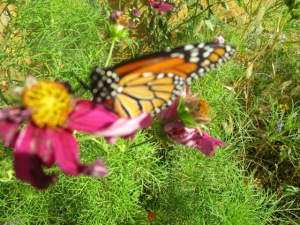 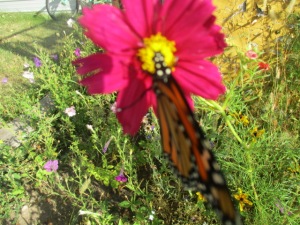 I took to the internets to identify the butterfly. I was pretty sure it was a monarch,but wanted to make sure. I was correct and it was female.
Maybe next year my milkweed plants from the library will be established for other monarchs visiting my flower gardens. 😀 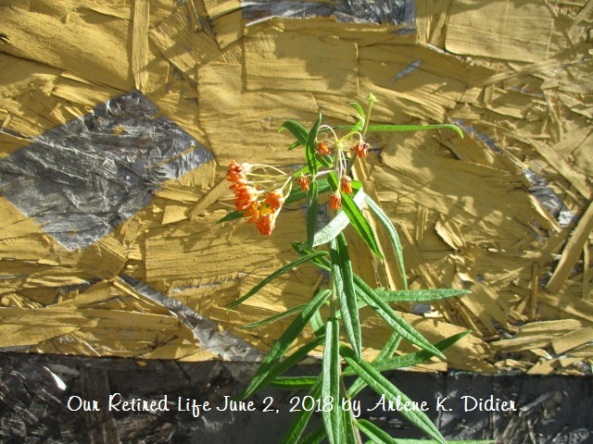