I learned this morning checking my local radio stations web page that this winter snow storm had been named Ulmer. So here are my photos of Ulmer. I didn’t get one every hour like I said I was going to. It was not practical opening the door every hour letting out the heat and the cold in. I stopped taking photos at 6 pm. 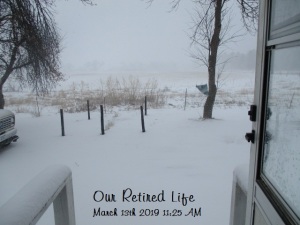 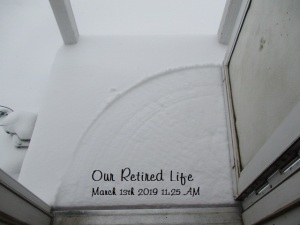 The snow is up to the bottom of the screen door.

The snow is getting taller on the hand rails. 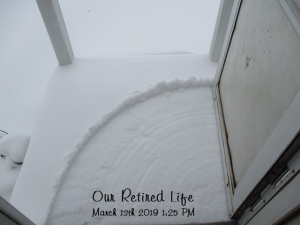 A little deeper in front of the screen door.

David scooped off the landing so we would be able to open the door later.

When taking this final group, I bravely stepped out on to the landing to get the photo of Nick’s truck. 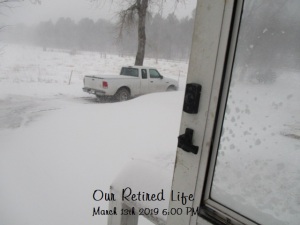 The Drift beside Nick’s truck.

I will probably venture out later this morning when the sun comes up to help with the scooping. I will take before and after scooping photos. I will post those later today or tomorrow.

One comment on “It Just Kept Snowing And Blowing!”